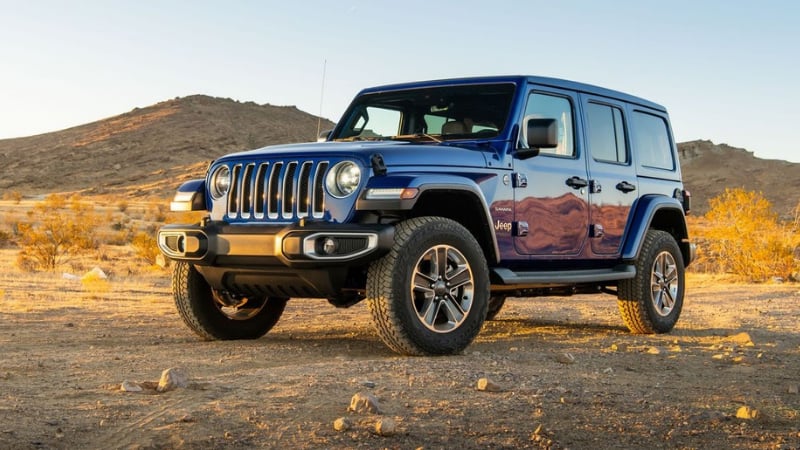 Jeep Wranglers can give you a good experience, especially if you’re a dedicated off-road enthusiast. You can tell how great these cars are by the huge following they enjoy in the United States alone.

Jeep keeps improving these vehicles every now and then to include new features to make them even better. Some of these improved models come out better than others—and this has bred the best years for jeep wrangler and worst years.

If you have decided to go with a used wrangler instead of a brand new one to save cost, you need to research the best jeep Wrangler models first. 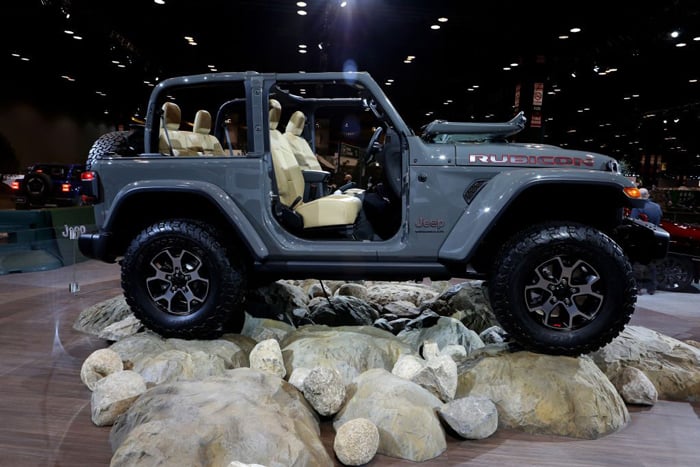 It was in the year 2017 when Jeep introduced into the auto market their 4th generation for this 2018 model known as Jeep wrangler JL. It comes out as a refinement over the previous models and presents you with a set of new features.

Jeep focused on improving this model to give it a modern feel while maintaining its classical boxy appearance. You can cruise this Wrangler on road or off-road in tough terrains and different weathers without any problems.

The easy to drive vehicle scores high for reliability and smooth handling. It offers great fuel efficiency, too (at 23MPG for city cruising and 25MPG for freeway driving). it also feels comfortable compared to the previous models.

This Jeep is rated as one of the most reliable cars to ever come out of the Jeep Wranglers lineup. The car feels smooth and comfortable to ride and its drivetrains are built to withstand the test of time.

For the looks, this Jeep maintains the boxy appearance of the Jeeps with overall stylish looks. It comes with soft top and hardtop options. Whatever option you go with, you can easily remove the cover to reveal the classic wrangler cage as you enter off-road or roll it down the freeway. A standard Torx kit is included for removing the doors and the roof. 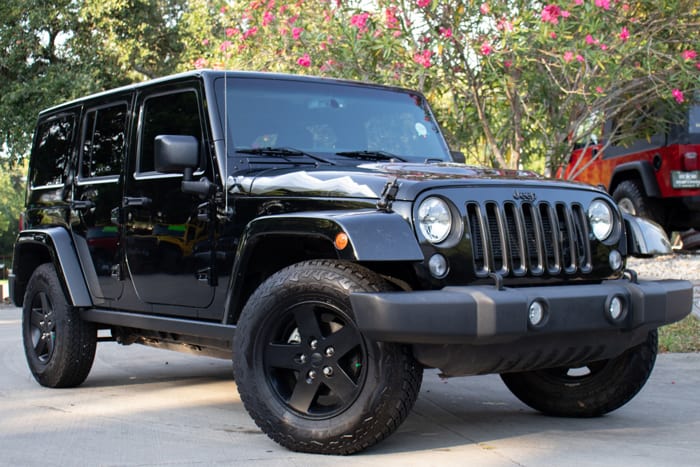 The 2015 Wrangler offers you a standard stereo system with up to 8 speakers. or you can get the alpine option with up to 9 speakers. The packages as well as trim levels are shuffled. Adjustable seats and an air conditioner unit are also included for added comfort.

Overall, the 2015 Jeep Wrangler has got what it takes to meet your off-road needs. It looks stylish and enjoys extensive factory and aftermarket support, so you won’t struggle with its parts.

If you prefer sporty-looking vehicles, you might want to consider the 2013 Jeep Wrangler JK Sport. The car will also appeal to anyone looking for the nostalgic, iconic Jeep design with its box shape.

The manufacturer overhauled the 2011 jeep wrangler to give this newer model an incredibly comfortable interior. It features new seats which are more comfortable for long driving hours and offer fantastic support for off-road. It also features an optional premium soft top that’s easy to operate or clean. This top also greatly reduces interior noise.

The Rubicon and Sahara 2013 models come with a new set of wheels. 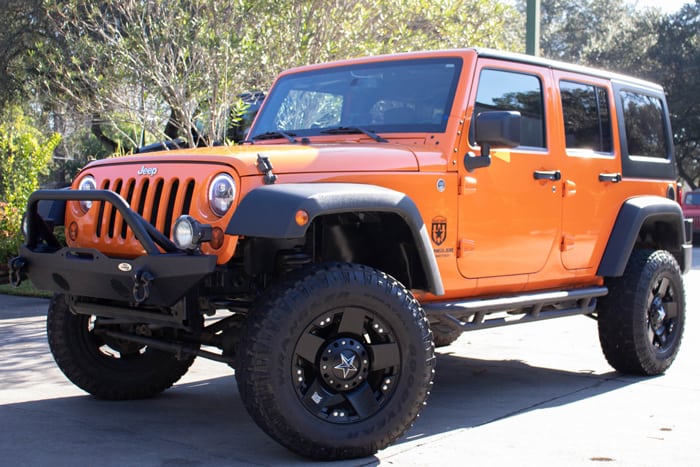 The 2013 Jeep Wrangler year may not offer the smoothest ride, but it’s highly capable of off-roading. Its 3.6L V6 engine offers up to 286HP and 260lb. ft. torque. It comes in 6-speed manual or 5-speed auto transmission options

The Wrangler comes in 3 different trims and while the price might greatly vary from trim to trim, it makes it easier for you to find a Wrangler that fits your specific performance preferences and budget.

The design of this model of Jeep Wrangler revolved around making a more comfortable and eliminating the rocky ride notion associated with wranglers. The earlier models of wranglers would feel whether you were driving on-road or off-road.

Determined to end this negative stigma for good, they launched the 2011 jeep wrangler into the scene fully optimized with comfort features like relaxed cushioned seats and impressive suspension to prevent those uncomfortable inclines. 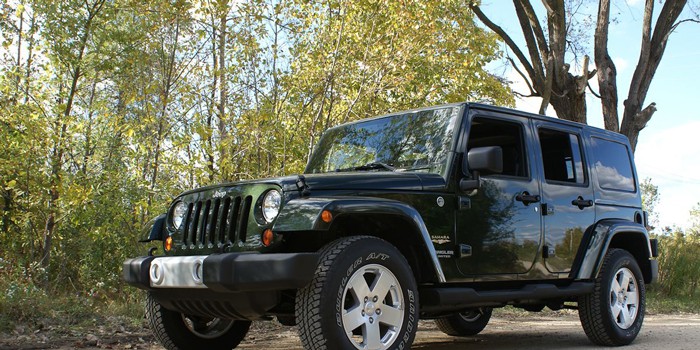 Even after these upgrades, this vehicle still delivers superior offered performance while being surprisingly fun to cruise around the city. It boasts solid axles, a fold-down windshield, and exposed hinges. It’s also easily convertible and comes in both 2-door and 4-door configurations.

The 2011 model in a way set the pace for smooth Jeeps as all the models that came after it offered similar upgrade models including the current 2021 model.

Come 2010, Jeep Wrangler returned with the same Wrangler iconic features including removable doors, fold-down windshield, solid front, and back axle, and body-on-frame chassis. These great features established the 2010 model as one of the most capable off-roaders in the US market.

Besides the iconic features, this Wrangler JK also gets some updates in areas like the improved soft top for easier use and the standard equipment it carries. 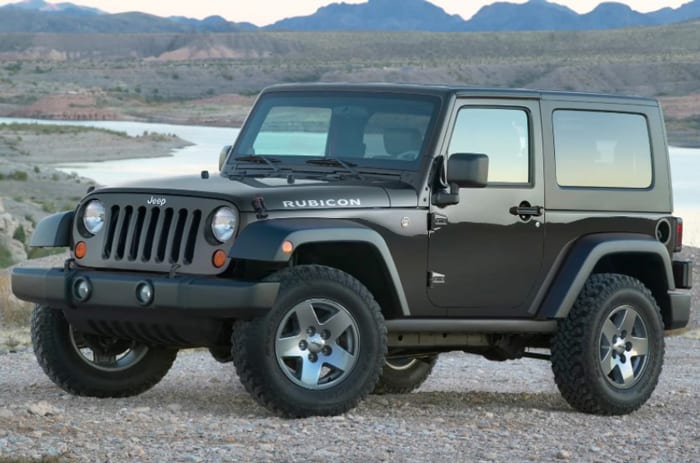 It features a 3.8L V6 engine that delivers up to 202HP and comes in either manual or 4-speed automatic transmissions. It has high fuel economy on rear-drive, manual transmission models (16MPG city and 21MPG highway); though this isn’t economical, it is great for a Wrangler model.

Mindy you, this wrangler comes in both 2-door and 4-door versions.

But the 2010 model east 100% flawless, its cabin was a bit noisy The zippered windows posed serious security issues and the lack of side bags give it poor crash ratings.

You also can’t go wrong with a 1996-2007 Wrangler. This category represents the second generation of jeep wranglers. Characterized by removable doors, removable top, and foldable flat windshield, this vehicle offers you all-around vehicles for all your needs, whether you want a reliable off-road machine, basic transportation, or everyday vehicle. 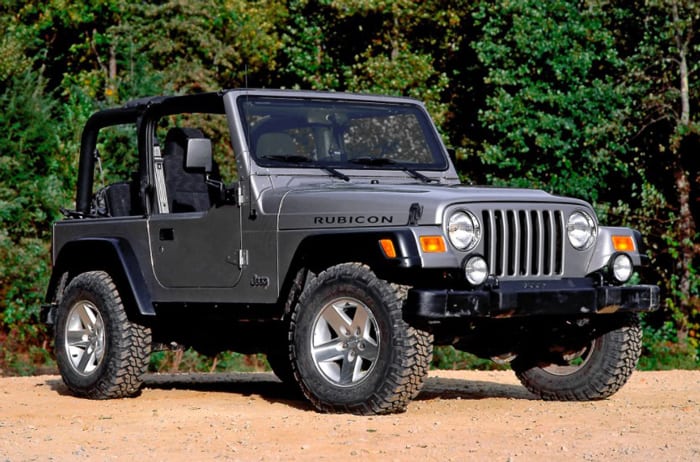 Additional improvements for this Wrangler include dual front airbags 7-inch more suspension articulation, instruments centered in front of the driver, and an optional ABS on some models.

With its decade-long running period coupled with excellent mechanical continuity, the aftermarket has had an easy time churning lots of TJs’ accessories and parts up until this day. This simply makes these vehicles a great entry point into the jeep wrangler world.

Our last spot on the best years for jeep wrangler features the 1987 to 1995 Jeep Wrangler YJ. This model was intended to replace the extremely popular CJ-7 as a safer-to-drive alternative. Chief among its improvements was working on the CJ-7’s stability. This would help AMC save on the millions of dollars they’ve been pouring on multiple roll-over lawsuits of their CJ vehicles.

The Wrangler YJ offered a more productive engine with broader U-joints. The Jeep was different from the previous models in a number of ways. But the most notable was square headlights which allowed you to easily spot anywhere. This didn’t sit well with Jeep fans and make the YJ suffer a lot of criticism from fans who have gotten used to round headlights. 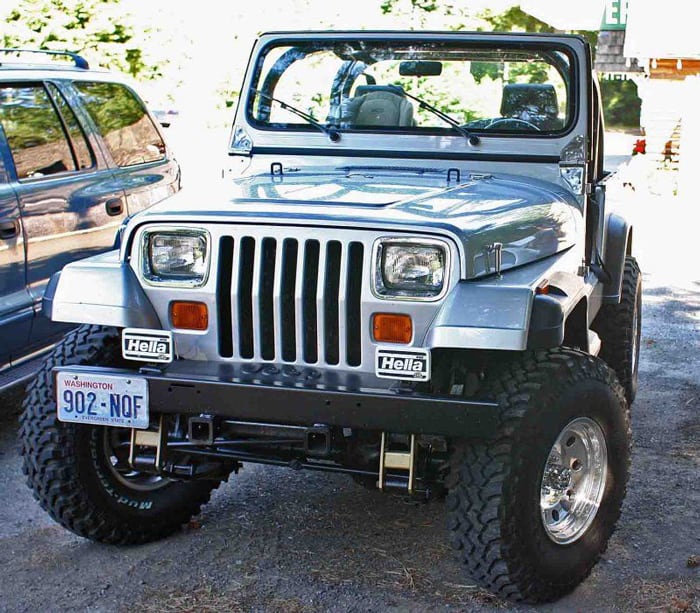 It also featured a slightly different grille (slightly rounded at midpoint) from earlier models—a design that would be carried on to the TJ model.

If you want to drive a vehicle that has the iconic appearance of the CJ’s original design concepts but with little tweaks like carbon trappings, and oily bits, you’d be better off with the Wrangler YJ.

What jeep wrangler years to avoid? 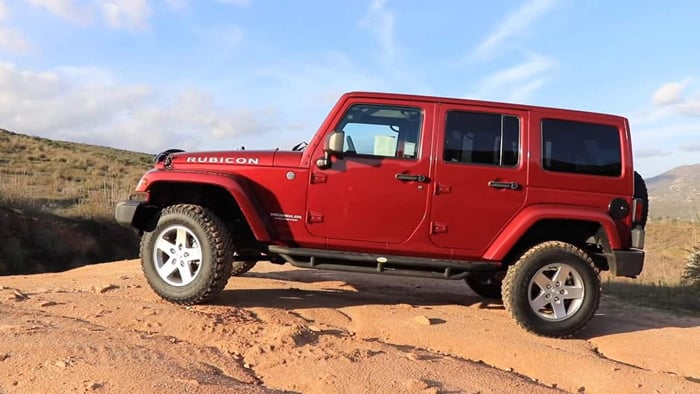 2007 is one of the jeep wrangler years you should avoid if you want peace of mind. From the word go, this vehicle present many issues that made it a not so reliable vehicle to own.

To start with, the vehicle received as many as 10 recalls which ended up affecting millions of Wranglers. The National Highway Traffic Safety Administration, NHTSA, reported that the most common reason for recall for this year's vehicle model was the steering wheel. They also reported multiple airbag issues as another reason. 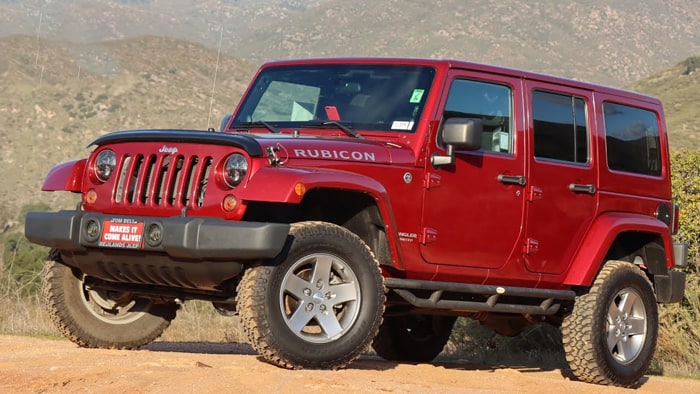 Car Complaints received the Death Wobble as a major complaint from owners of the 2007 Jeep Wrangler. They state that the average repair for this particular issue cost $880, which left many vehicle owners disgruntled.

Other major issues facing this car include engine and braking issues as reported by both Car Complaints and NHTSA.

The 2008 jeep wrangler also suffers a load of complaints from dissatisfied users. Like the 2007 model, it also suffered a handful of recalls (9 recalls, to be precise).

It suffered Death Wobble issues, which Car Complaints reported would force you to spend $880 for repairs. 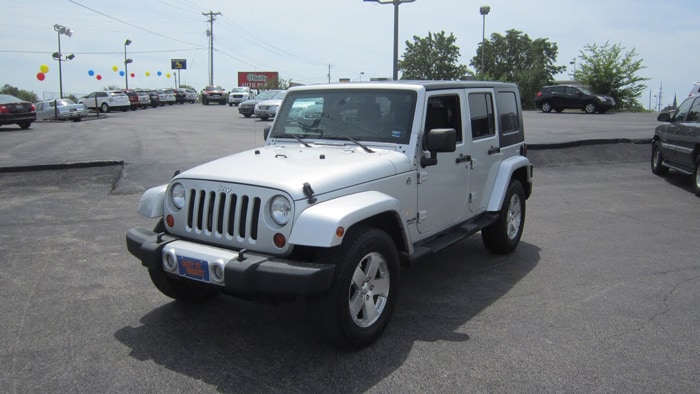 Probably the worst issue facing this car was the total TIMP (Totally Integrated Power Module) failure. This would cost you $960 in repairs and could show up again and again. (Source).

Other issues 2008 Jeep Wrangler owners had to deal with revolved around airbags, an engine that caused excessive oil consumption, drivetrain, and steering and fuel system problems.

2012 Jeep Wrangler is the worst year of a Jeep Wrangler as rated by Car Complaints (Source). It got involved in one of the largest recalls, a total of 9.

Airbags were a major complaint about this vehicle. This caused a recall of millions of cars, which probably earned the vehicle "the worst jeep wrangler" year badge.

It also suffered TIPM failure which would cost approx. $1300 in repairs. Engine problems were also common for this model and owners would part a whopping $4,400 for total replacements. 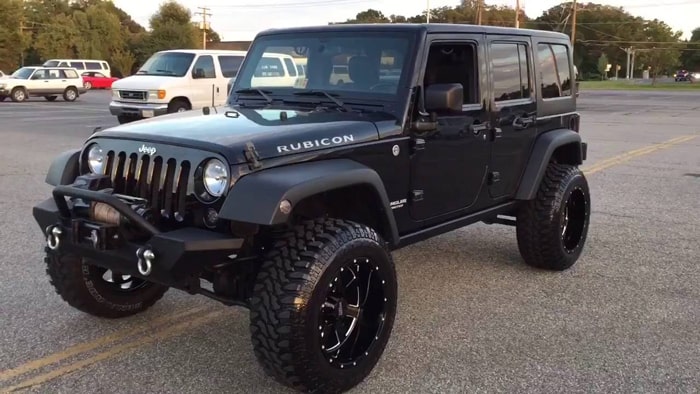 Many drivers reported issues with the heater which would require $1000 to fix.

On top of all this, NHTSA reported that the vehicle had problems with the drivetrain.

Luckily, Death Wobble was an issue of less concern with the 2012 Jeep Wrangler.

In their cause to refine the wrangler over the generations, Jeep has not always been successful. some of their models which were thought to be an improvement came out with a lot of problems and even had to be recalled. With knowledge of the best years for jeep wrangler as outlined in this guide, we strongly believe that you’ll get to avoid the bad years’ jeeps and settle on a good and reliable used jeep wrangler.

How to Take The Doors Off a Jeep?
Jeep Wrangler Towing Capacity: How Much Can It Tow?
Top Reasons Why Jeep Wranglers Hold Their Value
What Exactly is a Jeep’s Reliability Level?
The Perfect Coolant For Jeep Grand Cherokee: All You Need To Know About.